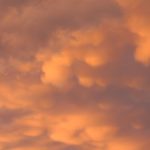 If “The Cloud” is confusing to you, don’t worry, you’re not alone. The concept of our work, our pictures, and our data floating around in a misty cotton ball somewhere is confusing to many people and, to some, it’s downright scary. But it doesn’t have to be.

I came across a post on Mashable recently that gave some great examples of cloud computing and put things into perspective with a brief history, stating that the first incarnation of “The Cloud” really came about in the 1950s when the expense of mainframes (not to mention their size) prevented organizations from buying consoles for each user. Instead, “they developed ‘time sharing’ methods, which let multiple users share access to data and CPU time” (The Beginner’s Guide to the Cloud, Mashable.com).

Knowing that this concept has been around for close to 65 years makes it seem a little less scary and futuristic, right? However, the very first sentence of the post gave me pause: “The first thing you should understand about the cloud is that it is not a physical thing.” Describing “The Cloud” as a nonphysical thing makes it hard for a lot of people – including myself – to really understand, and anything we can’t understand can be a bit scary. This can be especially true when we are trusting it with so much of our data.

The next sentence in the post makes a lot more sense: “The cloud is a network of servers, and each has a different function.” This sounds a little bit more realistic, right? Real servers, real computers connected to each other is far more fathomable. People without a lot of exposure to technology can still grasp that these computers reside in a building (or lots of buildings) somewhere and are not actually floating in the sky.

I say all of this because I know it’s important for “techies” like me to understand that, although some people can accept “The Cloud” as a catchall term for online storage and services, others need a more concrete idea of where their data actually is. This is what I had in mind when I put together a recent one pager comparing Hosted and Non-hosted Solutions.

Whether it’s cost effectiveness, scalability, or availability – “The Cloud” can make your job easier and your organization run smoother on many different levels. But that’s dependent on you and how willing you are to try something new – and maybe slightly scary. Just remember, “The Cloud” does not literally mean your data is sitting in mist – it’s in a computer, in a building (or possibly several computers, in several buildings), and there are plenty of security measures in place.