When I teach beginner level grant writing courses, whether via the web or in person, a common question that comes up from participants is whether or not it is okay to send along or upload additional materials that were NOT requested by the grantmaker.

A little context before I answer the question. I started my career as a Program Officer for the Michigan Women’s Foundation in 2002. I was serving as a grantmaker at a time when online grant applications were in beta stages and were in all cases customized solutions for specific foundation customers. (It’s hard to remember the days before online grant application systems like Foundant were a part of our daily life, isn’t it?!)

Our foundation required multiple hard copies of each application submitted during our open application periods in response to specific requests for proposals. We had a specific, yet relatively short, list of required attachments. And then there were the packages that would arrive that we could tell contained more than packets of paper: 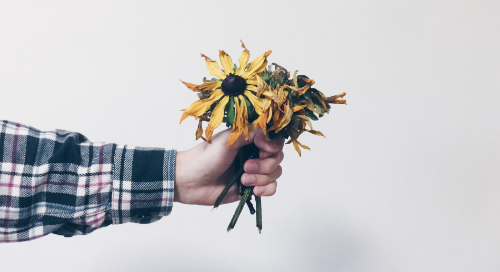 These were items included by well-intentioned applicants. We did not let their extra pieces directly influence the decision of the grantmaking committee. However, it was a significant inconvenience for me as the Program Officer to deal with appropriately for each specific situation. These interactions with the applicant’s packet of additional material and/or goods did not do anything positive to enhance the relationship that they were hoping to build with the foundation. They took my attention away from the phone calls and emails I was allowed to have with applicants as we prepared for the grantmaking committee. And ultimately, when I was asked by the grantmaking committee during the review and decision process for my notes and input about the conversations/emails/meetings that I had been allowed to have with a potential grantee, the discussion of their steps beyond our process was a part of that report.

So, can you guess what my answer is to questions about including additional attachments of *any* kind to grantmakers whether a hard copy submission, email with attachments, or online form with uploads? Don’t do it. Respect their process. Respect their staff. Respect that the extras may actually negatively impact the relationship you are seeking to build with the grantmaker.

The one exception? When a grantmaker specifically gives you the chance to include an “optional” attachment as part of their process. In this case, I recommend you include ONLY one additional item. Perhaps it is the news clipping about your pilot project or the annual report that shows your program successes (not just lists your donors) or another piece that was not part of the required attachments.

Check out my short video on YouTube for a little more about my response and approach to the question “Should I give grantmakers more than they ask for?”