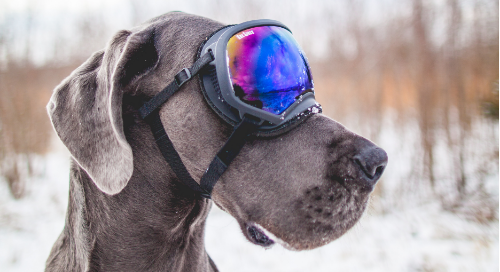 Ever wish you had x-ray vision into the mind of grant  reviewers and grant decision-makers, so you could see your proposal the way they do? Good news – now you do!

Please put on your GrantsMagic U Magic Grantmaker Goggles as we zoom in on one perpetually perplexing proposal section – the budget – and examine it as if you were the typical grant reviewer/decision-maker.

Here’s what you’re likely to see:

1. First, as a grant reviewer/decision-maker you’ll probably turn to the budget before looking at the proposal body.

According to many grant reviewers, the fastest way to get a good sense of the proposal as a whole – its purpose, scope, and planning framework – is to scan the budget first. Why? The text-light outline structure, organized by categories, makes it easy to glean a lot of information quickly and in an orderly way – versus needing to “read” (decode/process) straight narrative.

Plus, the budget is, simply put, nothing more than the resource plan for the work you propose to do. Having a mental resource-plan framework in place first helps the reviewer make sense of the narrative detail.

2. As a grant reviewer/decision-maker, you’ll probably use Bottom-Up Logic Model thinking as you assess the budget.

What’s the Bottom-Up Logic Model? Imagine the traditional left-to-right Logic Model, turned on its side. Now the “Resources” column usually on the left becomes the bottom row of a pyramid, and the overall “Goal” – formerly the far-right column - is now the pyramid’s peak. In other words, “Resources” form the base of the pyramid, and everything else is supported by and built on that base. What are resources? The things you need to do your planned work successfully. And what is the budget? Your resources plan, of course.

Whether they realize it or not, adept grant reviewers adopt a mental Bottom-Up Logic Model framework when assessing a proposal. They’re constantly asking: “Does everything line up? Does everything support everything else? Is anything missing? Does it all hold together?”

That means the reviewer looks at the bottom line of your entire plan – your budget – to make sure it’s rock-solid, lean, and muscular, and supports not only the work you plan to do but more importantly – in true Logic Model fashion – the impact you expect that work to have.

And speaking of impact …

3. As a grant reviewer/decision-maker, you’ll be thinking about collective ROI as well as individual ROI.

ROI = return on investment. Grant decision-makers are always calculating ROI: “If we invest X dollars, what can we expect as a result?” But remember, your proposal isn’t the only one in the mix. And honestly, in the end the funding decisions are a lot less about “Which are the top four proposals?” and a lot more about “How can we invest the dollars we have in this funding round to create a portfolio of funded projects that, taken together, are most likely to result in the collective impact we want this grantmaking round to have?

True, grant decision-makers analyze your proposal and your budget from the standpoint of the “individual ROI” – the impact your project could have – given the amount you’re asking for. But here’s the part most grantseekers don’t understand: They’re also assessing your proposal and budget in combination with all the other qualified proposals, in terms of maximizing the impact of the portfolio as a whole 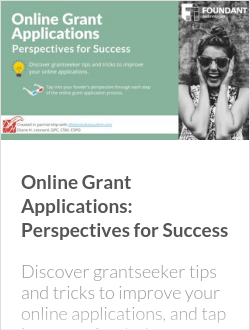 Whew! Got that? Now down to the nitty-gritty …

4. As a grant reviewer/decision-maker, you’ll be annoyed – if not downright put off – by math errors.

More reviewers than you think whip out their calculators to rework every single number in your proposal – including the budget. They just do. And trust me, numbers that don’t add up raise yellow flags for sure (“Gosh, a bit careless here – not the best first impression!”) and quite possibly disqualifying red flags too (“Given that we have other proposals to choose from, can we trust this team to manage our grant award conscientiously if their own budget doesn’t line up?”).

The same is true, by the way, of typos. I’ve run dozens of mock proposal review exercises in our grants trainings over the years – and managed many real-life grant review panels. Often I’ll ask: “How many of you – if it were up to you solely – would withhold funding from proposals with math errors or typos?” Half of the respondents look perplexed: Why on earth would we do that? But half say yes, they would.

Always assume there’s at least one “yes they would” on every grant review panel. This should be a no-brainer. Whatever else you spend time on before pushing SUBMIT … make sure your budget numbers are spot-on accurate. Just do it.

And speaking about the details …

5. As a grant reviewer/decision-maker, you’ll play match-up with the proposal’s ABCs and 123s.

At GrantsMagic U we call this the “ABC=123” of proposal budgets – and it harks back to point #2 about the Bottom-Up Logic Model. Here we’re specifically saying that reviewers look for a clear, easy-to-identify one-to-one ABC=123 match-up between each item in the budget (the 1, the 2, the 3) and each element of the proposal narrative (the A, B, and C). The budget and the narrative should be mirror images of each other. Everything in the budget must be reflected in the narrative, and vice versa. Another way of saying this is:

“If you tell me in the narrative that you’re planning to do A and B and C, I’ll look to the budget to make sure you’re building in the 1 and 2 and 3 needed to do that work successfully.”

“And conversely, if I see 1 and 2 and 3 in the budget as resources you’re asking for, I’ll look at the narrative for a clear corresponding A and B and C explanation of what those resources are for and how they contribute to the success of the project.”

Anything that doesn’t have an ABC=123 match-up will, again, at the very least raise yellow flags about the planning, if not serious and potentially disqualifying questions about honesty (“Why are they asking for money for this and not telling me in the narrative why they want it? Are they trying to slip something through?”)

Of course, there’s much more to budget-building than the five points we’ve covered here – and a lot more that goes on when a given grant reviewer is tasked with a stack of proposals and the hard job of selecting which ones to recommend for funding. But hopefully, this quick peek at that stack of proposals through our GrantsMagic U Magic Grantmaker Goggles has given you one or two “aha!”s, maybe a couple “hmm”s – and a few ideas for making sure your own proposal budgets stand out in all the good ways. 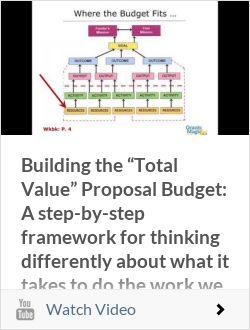 If you enjoyed this post and would like more great grants tips and training from GrantsMagic U, please visit us at Go.GrantsMagic.org. Or email Maryn at Maryn@GrantsMagic.org